New Hampshire motorists in Violation of the Law

In that state, if you cause harm to another vehicle or a pedestrian while engaged in an activity behind the wheel, you face a maximum fine of $1,000 and lose your license for up to a year.

“This is a good deterrent to have on the books,” says Peter M. Thomson, coordinator of New Hampshire’s Highway State Agency. “I travel 65 miles to work, on Interstate 93, and I see a ton of distracted drivers. You name it, and I have seen it. It drives me crazy to see people trying to drive with a full plate of food on their lap while trying to steer with their knees.” 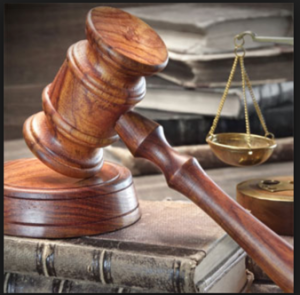 New Hampshire’s no-nonsense law carries the greatest fine and penalty of the nine states with the harshest laws for distracted drivers on our list.

Almost 80% of crashes and 65% of near-crashes involved some form of driver inattention within three seconds of the event, according to the 100-Car Naturalistic Driving Study, conducted by the Virginia Tech Transportation Institute and the National Highway Traffic Safety Administration (NHTSA) and released in April 2006.

The most common distraction cited was cellphone use (followed by drowsiness).

Bans on using a handheld cellphone while driving are in the works in several states, including California, which on July 1 will become the latest state to ban cellphone use, joining New York, Washington, D.C., Connecticut and New Jersey–though hands-free phones will still be permitted. This will be a primary offense, meaning police officers can ticket motorists talking on a handheld phone even if they haven’t violated other traffic laws.

Ohio is the only state on the list that doesn’t ban using cellphones while driving. But, in Ohio, it is a primary offense to drive while wearing earphones or earplugs for listening to devices such as iPods or CD players (though ear-in devices for cellphones are permitted). This law has been on the books since 1989. Violators are cited for committing a minor misdemeanor, which carries a maximum fine of $1,000, says Bradley Shaw, a spokesman for the Ohio State Highway Patrol. The amount of the ticket varies by county and is determined by your driving record, prior convictions and other moving violations.

While other states are debating bans on cellphones, text messaging and other distractions, lawmakers and auto safety agencies continue to review the best ways to deal with people who insist on multitasking while driving.

Like New Hampshire, Utah prohibits multiple activities that it deems distracting, like smoking, eating, drinking and “physically attending to a passenger.” The maximum fine is $50 on top of fines incurred for related moving violations, such as running a red light or causing an accident.

No state has entirely banned the use of cellphones while driving; you can still use hands-free wireless devices, but the rules aren’t the same for all drivers. Seventeen states and the District of Columbia have various levels of restrictions for all cellphone use, hands-free included, for teens age 18 and younger, according to the Insurance Institute for Highway Safety. 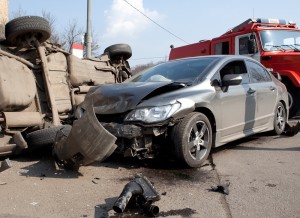 For now, drivers over the age of 18 with full driving privileges can use hands-free communication devices, even in the states that ban handheld electronics. But this is something that Clarence Ditlow, executive director of the Center for Auto Safety, a Washington-based consumer watchdog for auto safety and quality founded by Ralph Nader in 1970, is fighting to change.

In March, the CAS filed a petition with the NHTSA, asking the agency to write rules prohibiting the use of interactive systems that allow drivers to have wireless access to e-mails and phone calls. “There is a false perception that hands-free phones are better,” says Ditlow. “Your mind is still off the road and focused on the conversation.”

When Washington’s ban on text messaging goes into effect July 1, it will be a secondary offense; you’ll only receive a ticket if you commit another moving violation, other than speeding. Though the same holds true for distracted-driver laws in several states, it pays to play it safe. In Connecticut and New Hampshire, for example, the fines and license-suspension terms go up with each offense.

However, you don’t have to worry about inadvertently breaking the law when commuting across state lines: The Insurance Institute for Highway Safety ( www.iihs.org) and AAA publish a state-by-state listing of cellphone bans and distracted-driving laws.